The concept of the super-fast Avant is more tightly woven into the Audi DNA than virtually any other hallmark of Vorsprung durch Technik, and that concept has been refined yet again in the creation of the new, fourth generation RS 6 Avant. Bristling with the technological accomplishments already delivered by the new A6 Avant, the latest addition to the Audi Sport fold combines formidable twin-turbo eight-cylinder TFSI power with state-of-the-art efficiency features including mild hybrid drive and cylinder-on-demand technology, helping to deliver epic performance as responsibly as possible.

With the exception of the front doors, roof and tailgate, the exterior of the RS 6 Avant comprises exclusively RS-specific parts, and to look at the car at rest on its sizeable 21-inch wheels shrouded by broad flared arches that expand its width by 40mm on each side, this is immediately evident.

The new RS 6 Avant is one of the first Audi Sport models to feature the new RS design language. In addition to a new bonnet with powerdome, it also adopts the front headlights from the A7 model line which are not only slimmer and more sporting in style but also offer the RS Matrix LED laser headlight with darkened trims as an additional USP of the RS 6 Avant in the A6 family. Similar to the LED rear lights, they feature a dynamic indicator along with RS-specific sequencing when the vehicle is locked and unlocked.

The three-dimensional honeycomb structure within the Singleframe grille is finished in gloss black, and its surround and the quattro logo in the bumper have been removed in this latest incarnation of the design. Below the standard LED headlights, side air inlets open on the strikingly drawn new RS bumper and extend almost into the lower edge of the headlights. The designers have taken their cue for this application from the front-end of the Audi R8 supercar.

The characteristic Avant silhouette dominates in the side view – elongated front section, long, straight roofline and flat D pillars, which rest on the quattro blisters. RS-specific sills with black inserts also add emphasis to the flanks. The dynamic rear-end consists of the roof edge spoiler and an RS-specific bumper with rear diffuser and design elements in gloss black. In hallmark RS style, the RS exhaust system flows on both sides into oval chrome-coloured tailpipes.

Thanks to the 48-volt main electrical system the twin-turbo V8 combines maximum performance with high efficiency. A belt alternator starter lies at the heart of the mild hybrid system (MHEV). Up to 12 kW of power can be recovered during light deceleration and stored in a separate lithium-ion battery. If the driver lifts off the accelerator at a speed of between 34 and 99mph, the drive management selects one of two options: Depending on the driving situation and setting in the standard Audi drive select dynamic driving system the new RS 6 Avant recovers energy or coasts for up to 40 seconds with the engine switched off. Re-applying pressure on the accelerator instructs the belt alternator starter to restart the engine. MHEV technology allows for start/stop operation at speeds of up to 13mph. Fuel savings of up to 0.8 litres per 100 kilometres are possible in everyday driving. 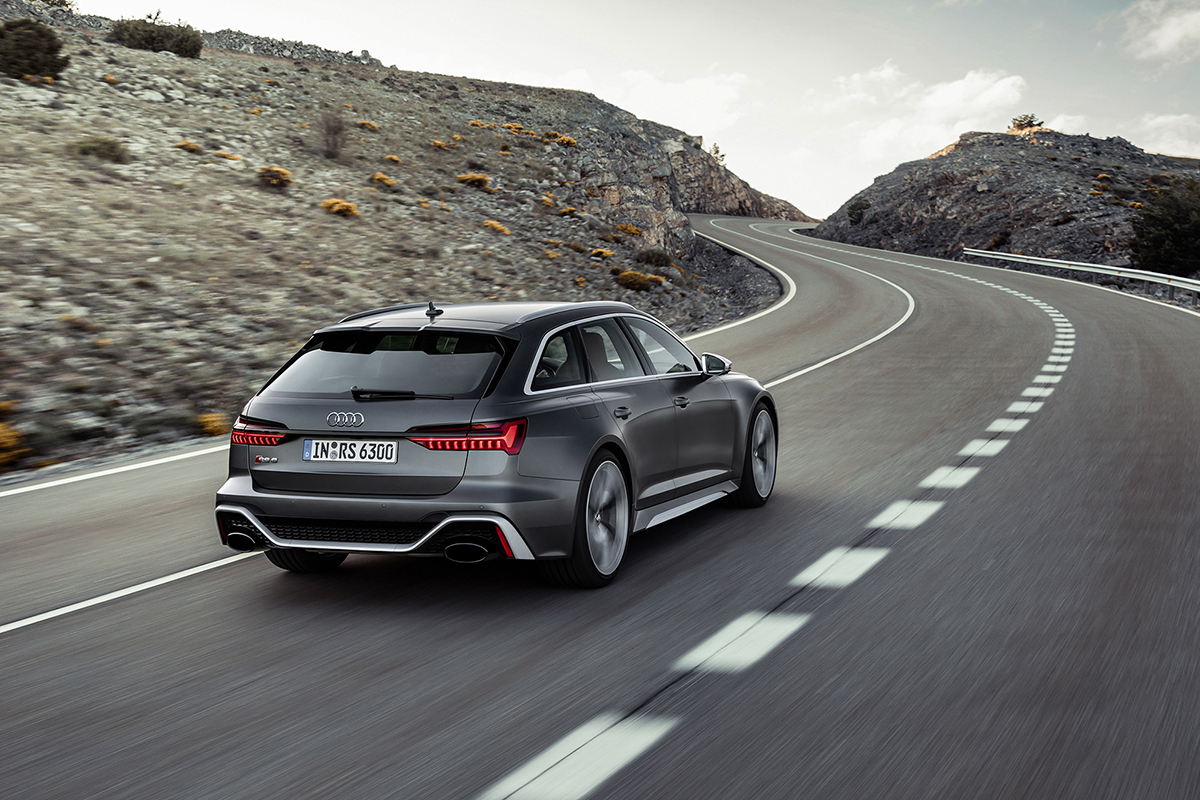 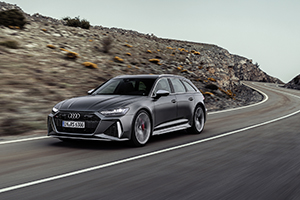 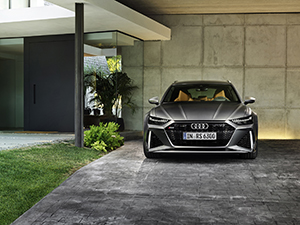 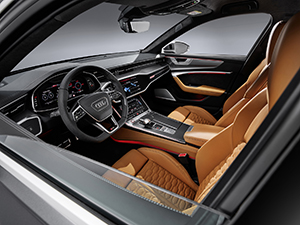 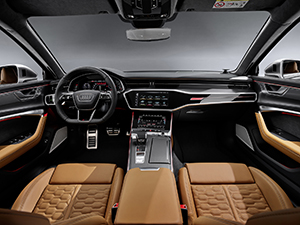 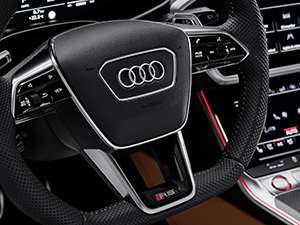 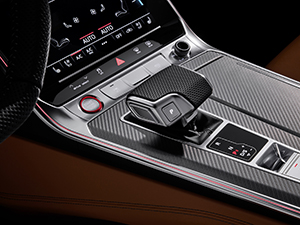 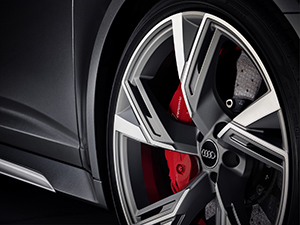 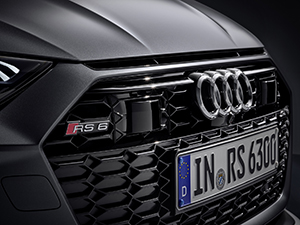 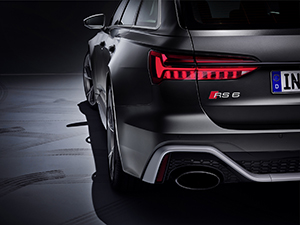 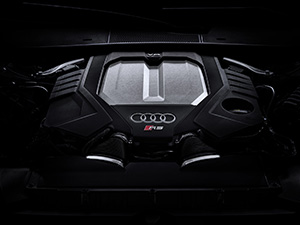