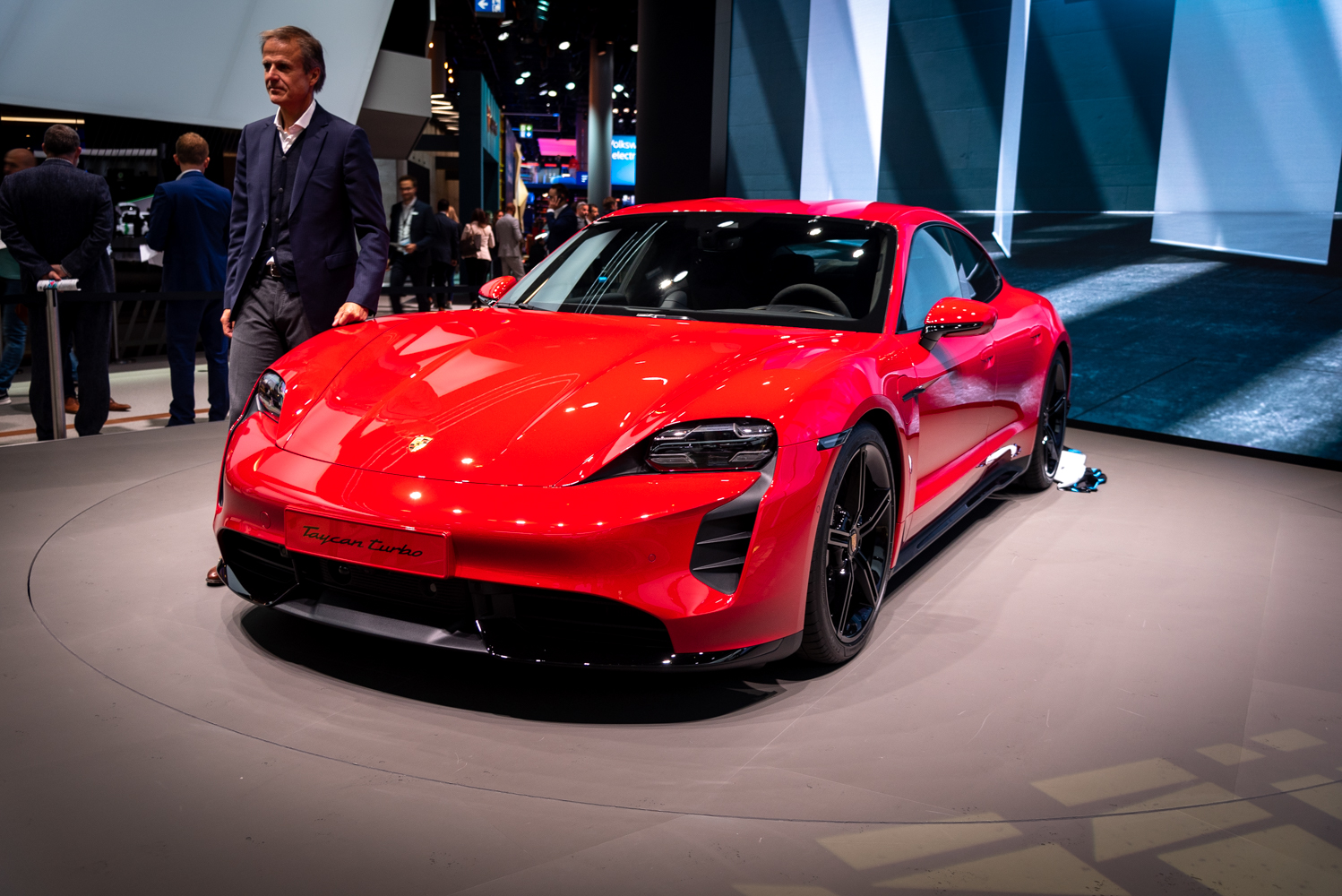 The first models in the new series are the Taycan Turbo S and Taycan Turbo. They are at the cutting edge of Porsche E-Performance and are among the most powerful production models that the sports car manufacturer currently has in its product range. Less powerful variants of these all-wheel drive vehicles will follow this year. The first derivative to be added will be the Taycan Cross Turismo at the end of next year.

With its clean, puristic design, the Taycan signals the beginning of a new era. At the same time, it retains the unmistakable Porsche design DNA. From the front it looks particularly wide and flat with highly contoured wings. The silhouette is shaped by the sporty roofline sloping downward to the rear. The highly sculpted side sections are also characteristic. The sleek cabin, the drawn-in rear C-pillar and the pronounced shoulders of the wings result in a sharply emphasized rear, typical of the brand. There are also innovative elements such as the glass-effect Porsche logo, which has been integrated into the light bar at the rear. With a Cd value from 0.22, the aerodynamically optimized basic shape makes a significant contribution to low energy consumption and thus long range. 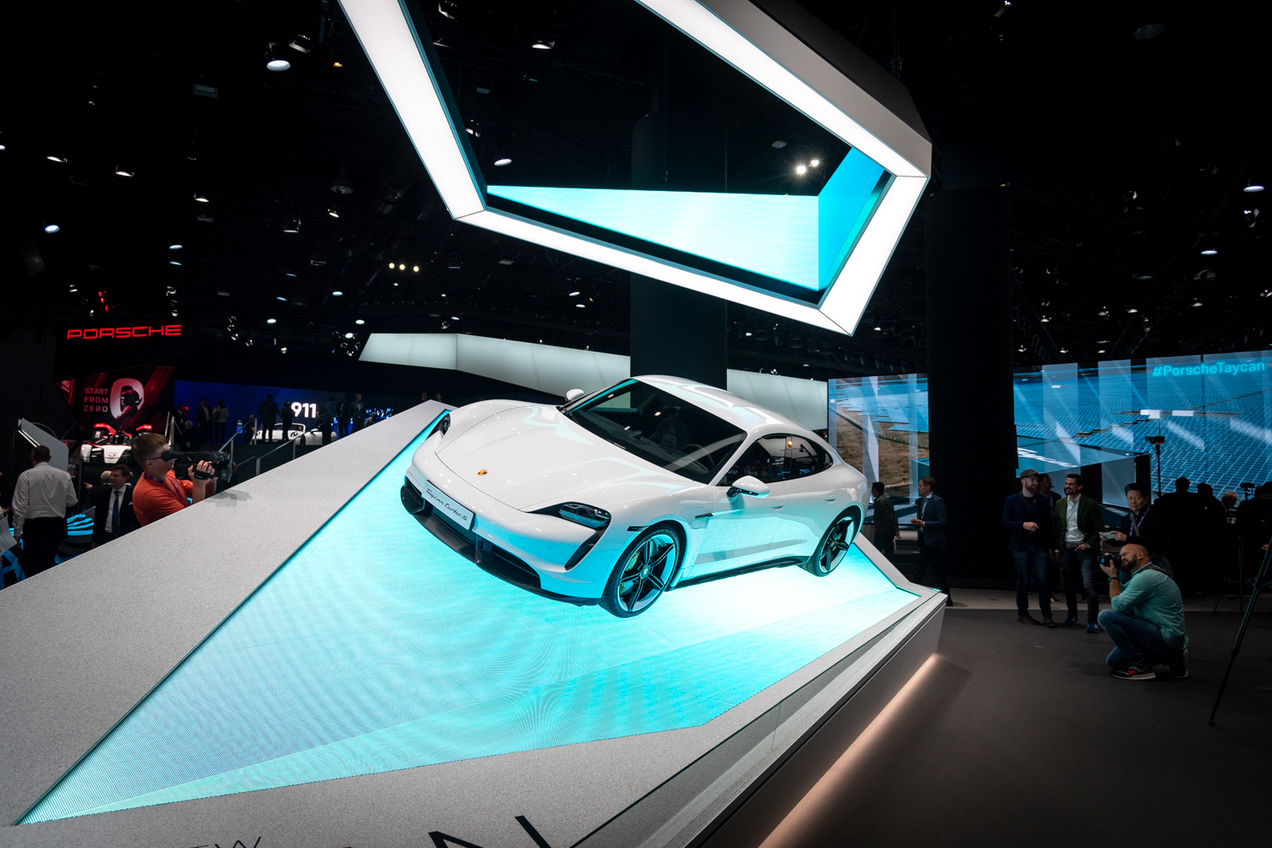 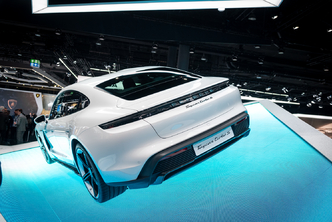 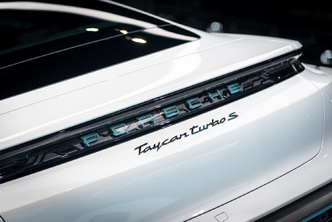 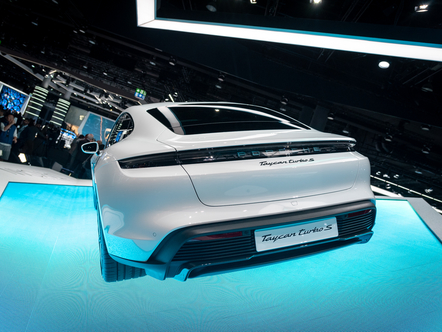 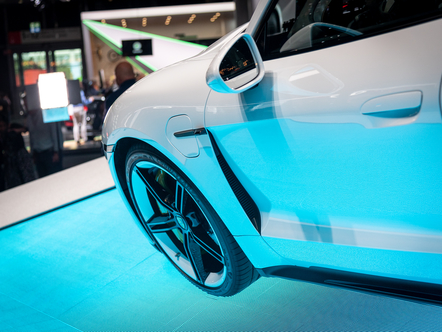 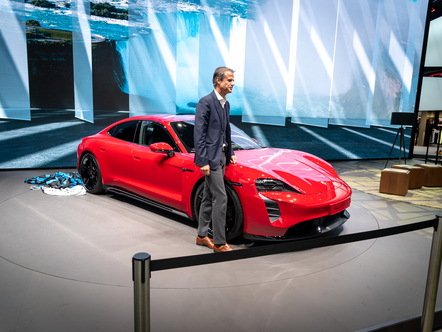 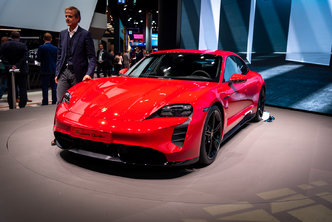 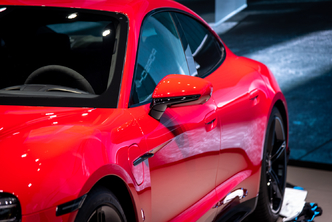 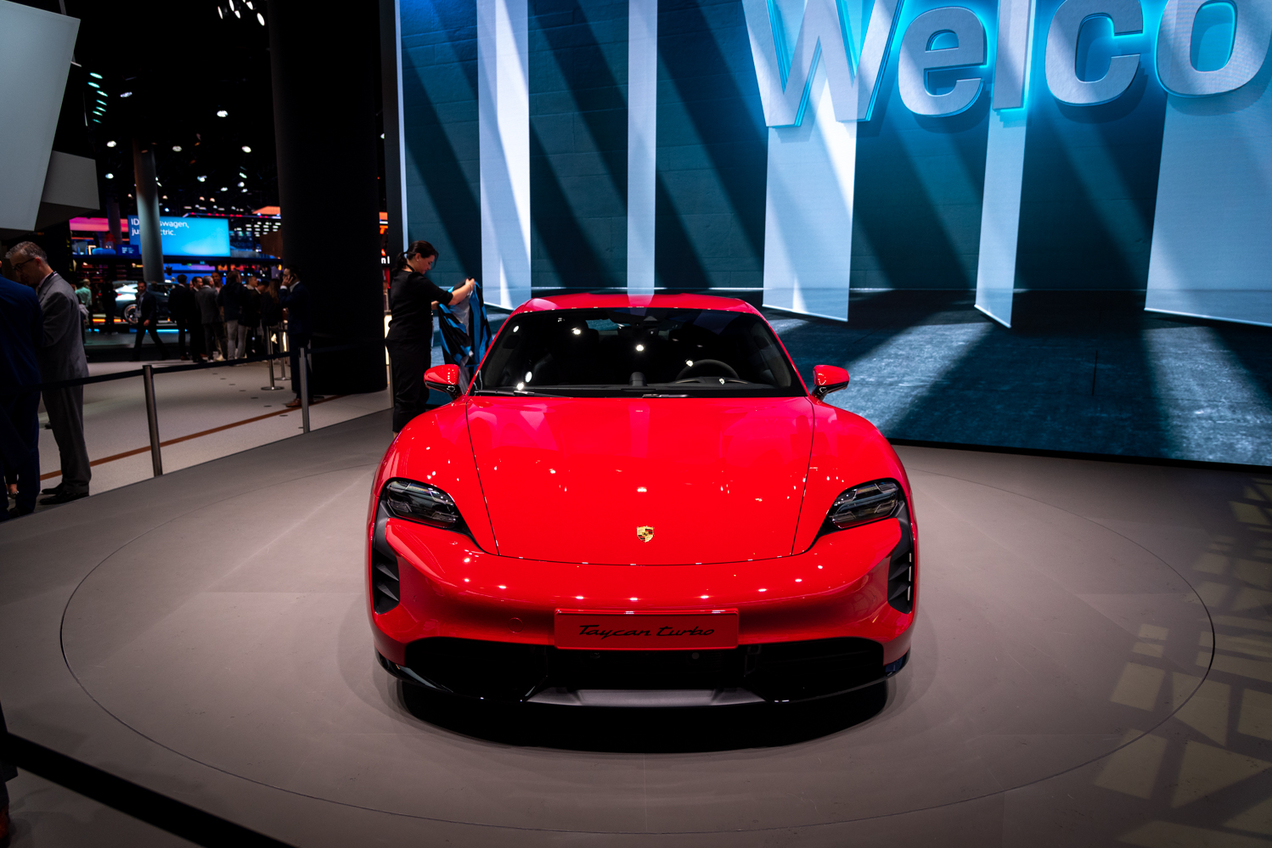