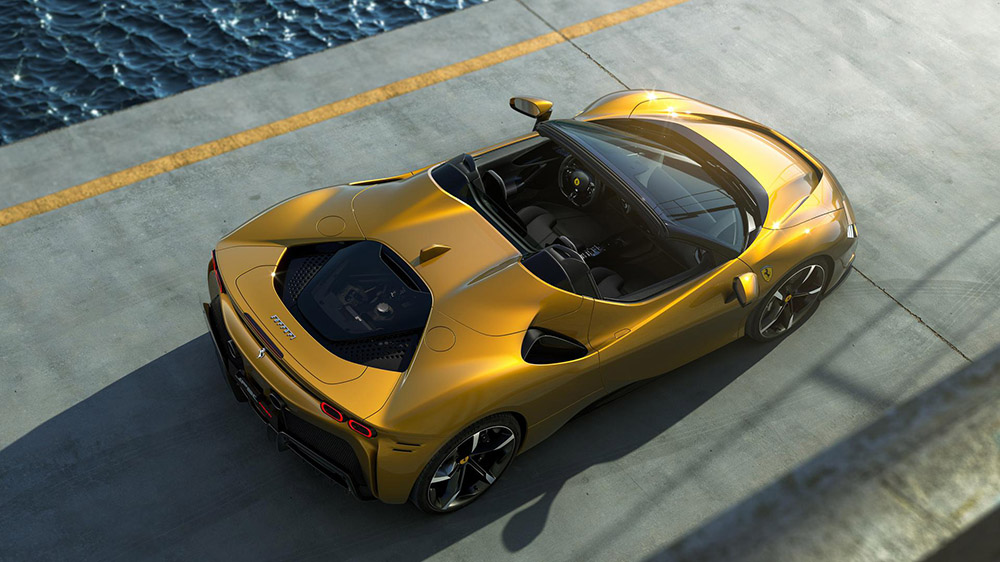 The spider version of the SF90 Stradale, the SF90 Spider, was unveiled today during a dedicated digital event. This special online event provided Ferraristi from all over the world with an exclusive introduction to the car’s innovative features and in-depth information on its development.

As the Prancing Horse’s first production plug-in hybrid spider, the SF90 Spider sets new performance and innovation benchmarks not only for the marque’s range, but for the entire sports car sector. The new convertible has the same extreme supercar specification and record-breaking performance as the SF90 Stradale yet also adds further driving pleasure and versatility to the mix, thanks to latest iteration of Ferrari’s signature retractable hard top architecture. This makes the SF90 Spider the ideal car for owners that demand the very pinnacle of Ferrari technology, but still want the thrill of open-top driving.

The retractable hard top (RHT) was again adopted because it guarantees optimal noise insulation and protection from the elements when raised, does not deform at high speeds and provides exceptional occupant space and comfort. The RHT is so compact, simple and light it can be actioned in just 14 seconds and can be deployed when the car is on the move. The key to the success of the Ferrari RHT, which premiered on the 458 Spider in 2011, and which has been constantly evolved in the intervening years, is that it takes up just 100 litres of space rather than the 150-200 litres required by a traditional system. The use of aluminium in its construction also means that it is around 40 kg lighter than a conventional retractable hard top. An adjustable electric rear window guarantees superb occupant comfort even at high speeds when the RHT is lowered.

As is the case with the SF90 Stradale, the SF90 Spider is also available with an additional specification option for owners that want to push its track car vocation to the extreme. The Assetto Fiorano pack includes a list of exclusive upgrades that set it apart from the standard car, not least Multimatic shock absorbers derived from the Ferrari’s GT racing experience and optimised for track use. Others include the adoption of high performance materials (such as carbon-fibre and titanium) that have shaved 21 kg off the car’s weight, a carbon-fibre rear spoiler and road-homologated Michelin Pilot Sport Cup 2 tyres designed to improve track performance in the dry, thanks to a softer compound and fewer grooves. Lastly, the Assetto Fiorano offers an optional two-tone livery that further underscores the car’s racing vocation. 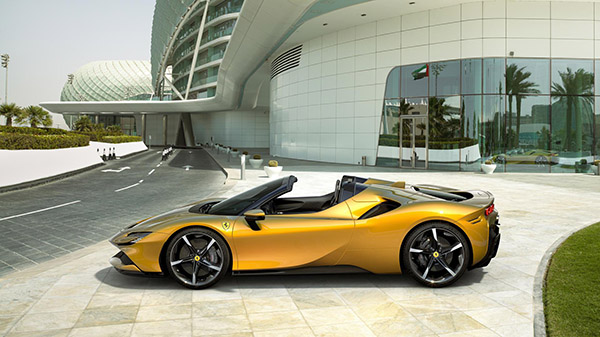 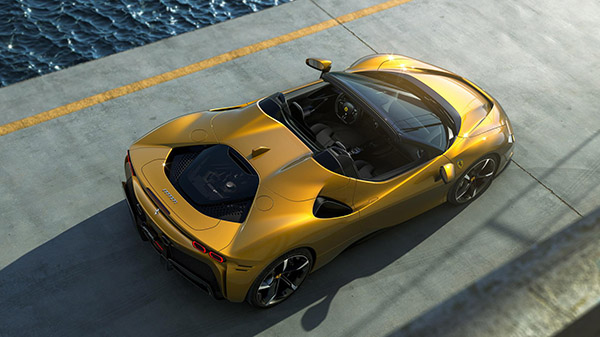 In a first for a Ferrari production spider, the SF90 Spider has plug-in hybrid architecture in which the internal combustion engine is integrated with two electric motors at the front, which comprise the RAC-e (Cornering Angle Regulator, Electric) system, and one at the rear derived from and named after a Prancing Horse Formula 1 innovation, the MGUK (Motor Generator Unit, Kinetic). The synergy between the internal combustion engine and the electric motors allow the car to unleash a maximum of 1,000 cv and put the SF90 Spider not only at the very top of the Ferrari range of road cars, but also its category.

The chassis was completely redesigned to deal with the extra stresses associated with the new power unit and the introduction of AWD. A number of leading-edge technologies and innovations have been introduced, not least an all-carbon-fibre bulkhead between the cabin and the engine. The SF90 Spider chassis also boasts 30% higher torsional rigidity than previous platforms without any increase in weight, a fact that has significantly influences the car’s dynamic prowess. 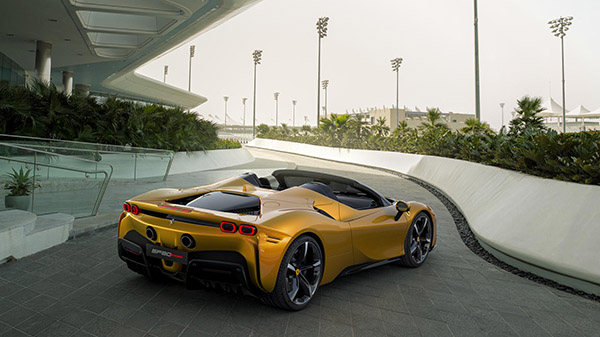 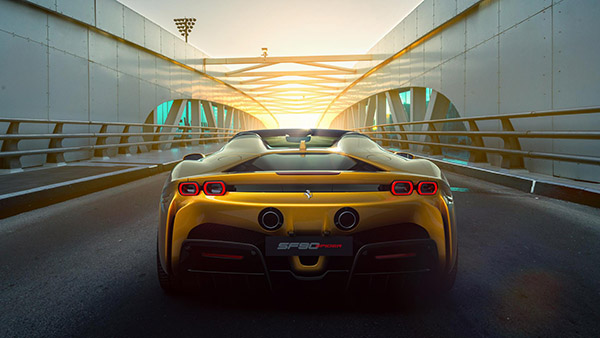