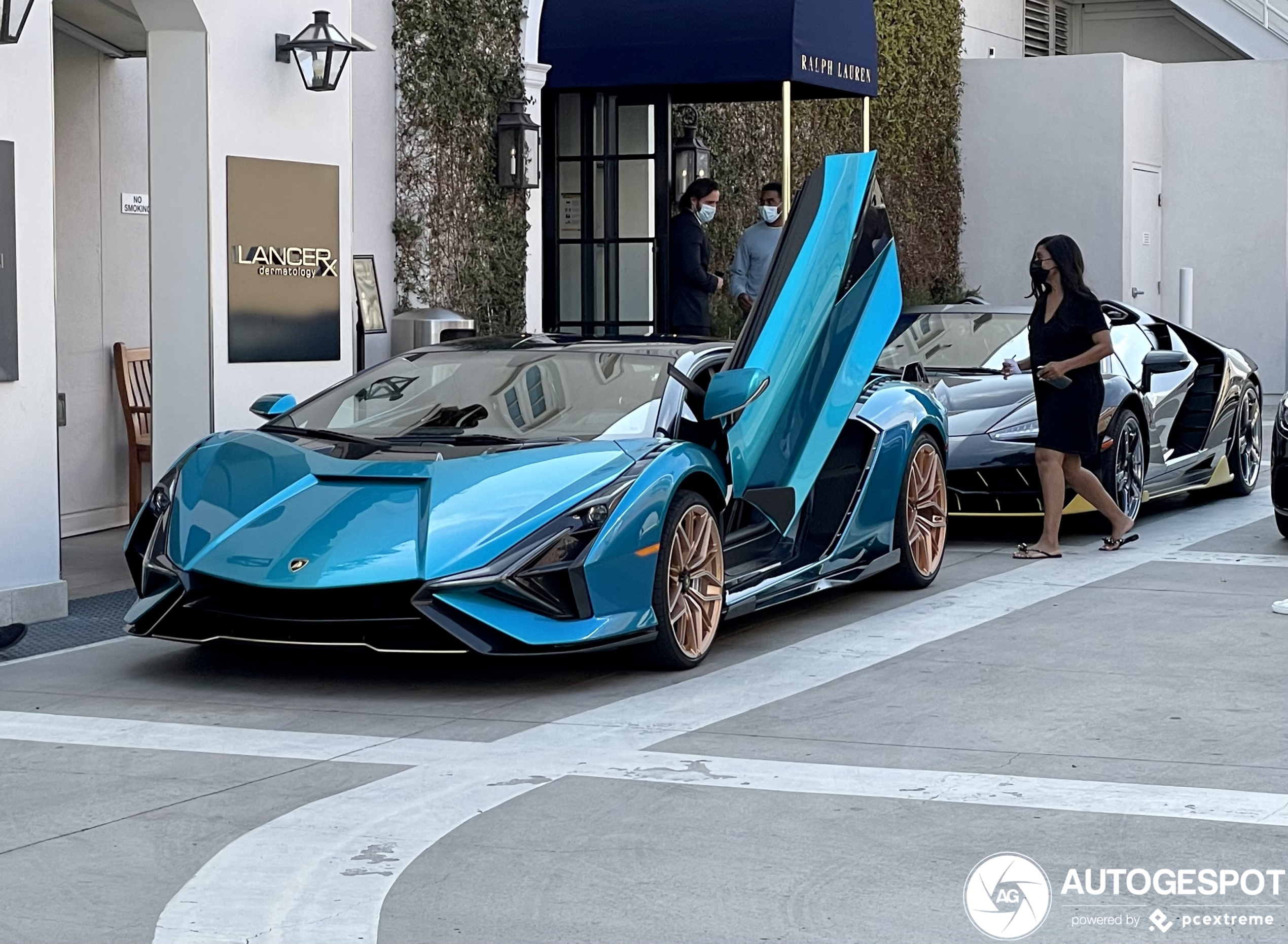 For exclusive spots you have to be on Autogespot. That has become apparent in recent days. We can offer you the Lamborghini Sián FKP 37 in combination with the Lamborghini Centenario LP770-4 Roadster!

Three of the 63 units have now been spotted of the Lamborghini Sián FKP 37. A mouthful of the name, but the name is an ode to chairman Ferdinand Piëch. Then you will think, what is FKP? Well, that's the initials of this man and 37 is the year of his birth. In this way Lamborghini wanted to honor the man who meant a lot to the brand and, among other things, brought it to where they are today. So the Sian is a wonderful way to honor Piëch. They do this by equipping the V12 with a hybrid engine for the first time. With an output of 785 hp, the V12 is the most powerful engine that Lamborghini ever made. A 48V electric motor also ensures better performance during acceleration and shifting. Back to this Beverly Hills combo where we also see another more exclusive Lamborghini in the pictures. It's the Centenario Roadster! This has not yet been put on the site, but of course we hope that TYI will not forget this!

Click on the picture for more pictures of this spot!